Anakin Skywalker was one of the main characters in the Star Wars Prequel Trilogy who later became Dark Lord of the Sith, Darth Vader. He was the father of Luke Skywalker and Leia Organa, The Son of Shmi Skywalker and husband to Padme Amidala. Qui-Gon Jinn found him, as a slave, on Tatooine like his mother, Shmi Skywalker. He was a legendary Jedi, famous for his flying, fighting and mechanical skills. He was later brought to the dark side of the force by Darth Sidious, it was then that he became Darth Vader, and took part in the Rise of the Empire. His fist act as a Sith was to take part in Order 66, by leading the 501st on an attack on the Jedi temple. 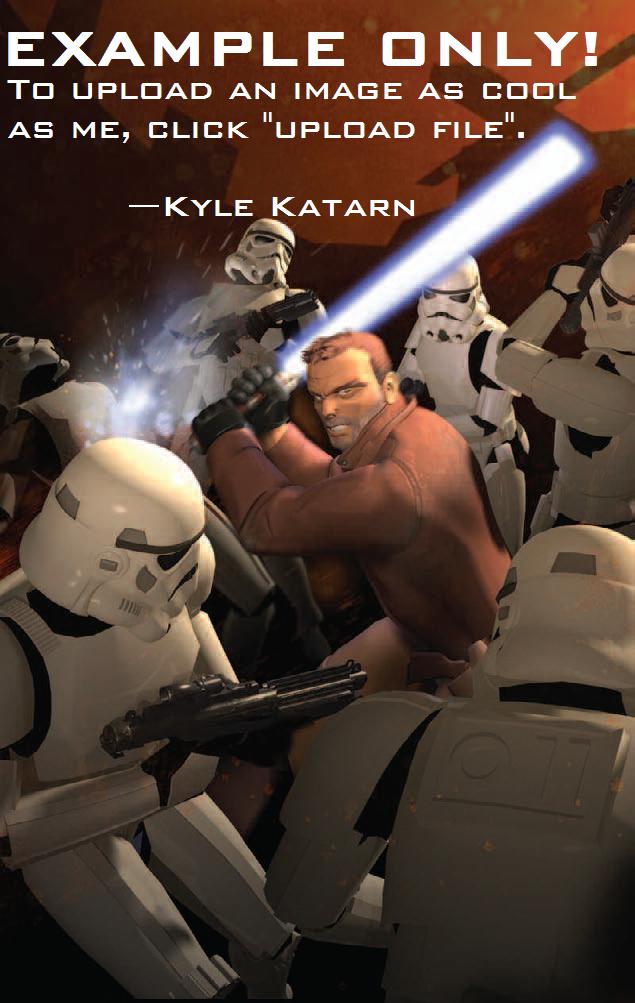 Darth Vader appears yet again as a villain for the Galactic Empire in Star Wars Battlefront: Renegade Squadron.

In LEGO Star Wars: The Video Game Darth Vader is a special character that is unlocked by completing the bonus level on the Tantive IV. Anakin Skywalker is the second playable character in the Revenge of the Sith section of the game.

In LEGO Star Wars II: The Original Trilogy and LEGO Star Wars: The Complete Saga, Darth Vader is the enemy in several levels but in the Jedi Destiny level he teams up with Luke Skywalker to defeat the Emperor.

In Star Wars: Empire at War, Darth Vader is a hero for the Galactic Empire. He uses his lightsaber and force powers such as Force crush, to eliminates Vehicles in one attack and his Force Push allows him to destroy a squadron of enemy infantry. In space he uses his advanced TIE Fighter and is accompanied by a TIE fighter squadron. If he attacks Ben Kenobi, he will engage in a special duel with him. If he approaches Stormtroopers, they will line up in a military stance in respect.

In Star Wars: Empire at War: Forces of Corruption, Darth Vader has the same role as in the original Empire at War, but in galactic conquest mode he commands his Super Star Destroyer the Executor, which has extremely powerful weapons and a vast amount of starfighters. This makes Vader a extremely powerful unit for the Empire, and devastating foe for the Alliance and Consortium.

In Star Wars: Jedi Power Battles, a young Anakin Skywalker must be protected from Jawas and Tusken Raiders on Tatooine.

Episode I: The Phantom MenaceEdit

In Star Wars Episode I: The Phantom Menace you must follow the young Anakin through a scrap heap as Qui-Gon Jinn. You then have to meet with Jabba the Hutt to gain money to bet with Watto on the pod races. Anakin is a non-playable character who must survive in all levels.

In Star Wars: The Force Unleashed , Vader is the role controlled by players only in the first level of the game. Vader use Force Choke and different lightsaber attack style instead of Force Lightning and the apprentice's in the PS3 and Xbox 360 versions. In addition, he can't dash, do double jump, upgrade abilities, and change models.

In the fall of 2018, Anakin Skywalker is to be featured in Star Wars: Battlefront II.

Retrieved from "https://swgames.fandom.com/wiki/Anakin_Skywalker?oldid=40021"
Community content is available under CC-BY-SA unless otherwise noted.